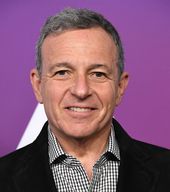 Dying 'Star Wars' fan gets to see latest film early after Iger pulled some strings A dying mans request that he and his son be allowed to watch the new Star Wars film before it goes into general release on Dec. 20 has been granted by Disney CEO Bob Iger a published report said.