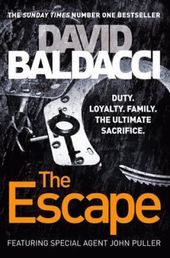 Military CID investigator John Puller has returned from his latest case to learn that his brother, Robert, once a major in the United States Air Force and an expert in nuclear weaponry and cyber-security, has escaped from the Army's most secure prison. Preliminary investigations show that Robert – convicted of treason – may have had help in his breakout. Now he's on the run, and he's the military's number one target.