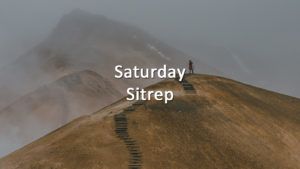 A Russian cyber researcher named Leonid Evdokimov discovered 30 SORM (System for Operative Investigative Activities) devices used by the Russian government to intercept internet traffic were unsecured and leaking any collected information. Worse still, these devices were placed at various ISP’s servers and thus were collecting large amounts of data as they sifted through any […] The post Saturday Sitrep appeared first on AskCyberSecurity.com.